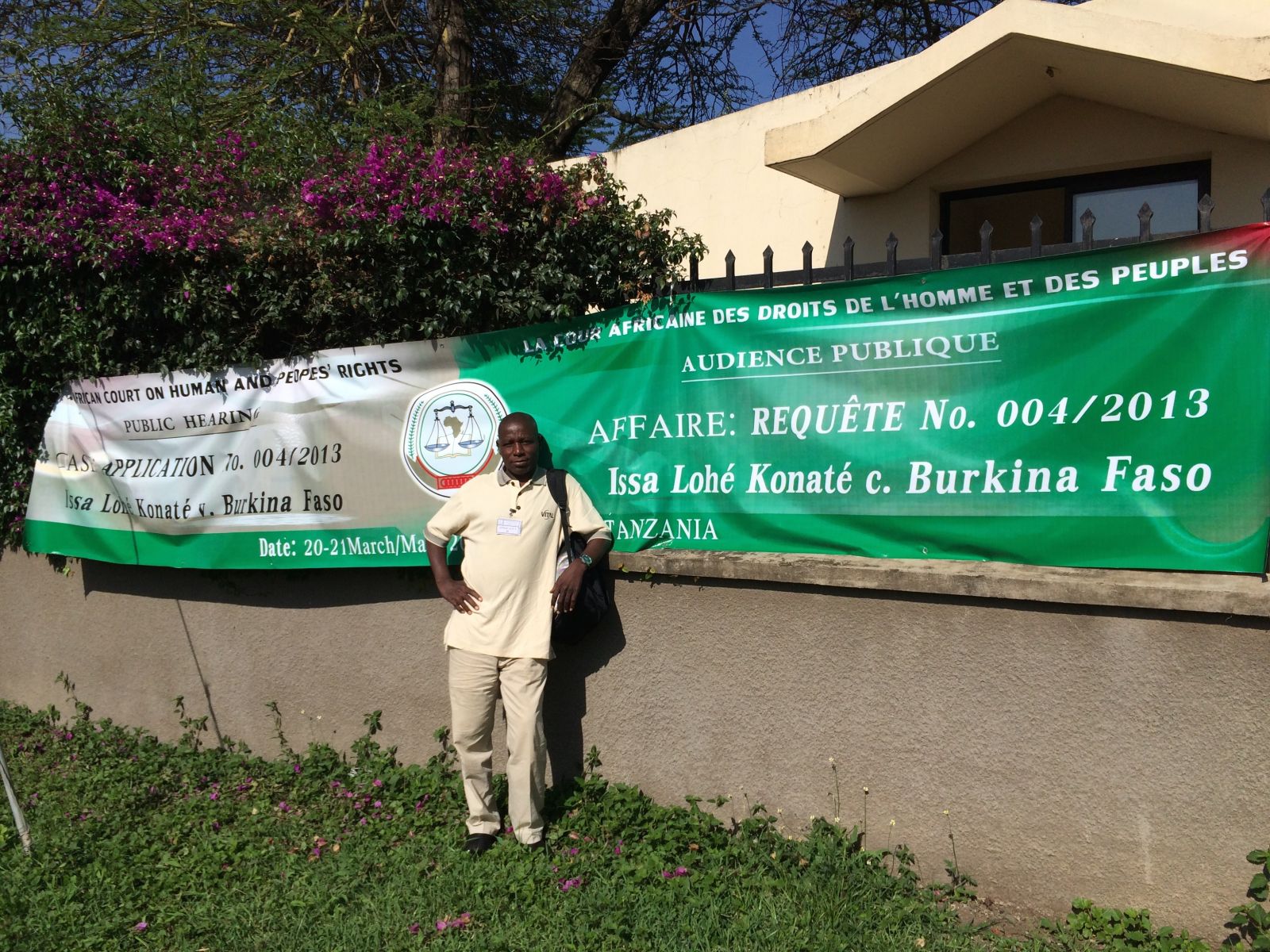 On 3 June 2016, Burkinabé journalist Lohé Issa Konaté was awarded $70,000 in compensation for the harm he suffered as a result of his year-long detention for charges of criminal defamation. Following a  landmark ruling in Konaté’s case in December 2014, the African Court on Human and Peoples’ Rights ruled today that Burkina Faso should pay $70,000 in damages in order to compensate the journalist. With this ruling, the Court recognises the irreparable harm caused to Konaté by imprisoning him.

MLDI represented Konaté before the African Court alongside Steven Finizio of WilmerHale and John Jones QC of Doughty Street Chambers.

MLDI’s Legal Director Nani Jansen said: “This ruling is a welcome decision from the Court, ensuring that Konaté is properly compensated for the harm he has suffered through his conviction and detention for exposing political corruption. Konaté will not get the year he spent in prison back, but these reparations go some way to recognising the vital journalistic activity he was carrying out and vindicating his right to report freely.”

In December 2014, the African Court on Human and Peoples’ Rights, in its first judgment on free speech, ruled that imprisonment for defamation violates the right to freedom of expression while criminal defamation laws should only be used in restricted circumstances. The Court also ordered Burkina Faso to change its criminal defamation laws. This has major ramifications throughout Africa. By clearing one of the major impediments to effective journalism – the threat of prison for journalists who expose corruption or criticise the government – it paved the way for a stronger media on the continent, where many countries still have criminal defamation laws on the books.

Konaté, who is the founder, manager and editor-in-chief of the weekly newspaper L’Ouragan (‘the Hurricane’), was arrested and jailed for publishing two articles that linked a prosecutor to corruption and abuse of power. In addition to the prison sentence, he was ordered to pay a sum in damages, fines and costs equalling 18 times the local annual salary.

As a result of his 12-month imprisonment and the shutdown of L’Ouragan, Konaté lost his entire income and sole means of support for his family. He also lost the capital invested in his business and all equipment used for writing and publishing. The damages award encompasses these losses, as well as the considerable distress suffered by Konaté as a result of his year-long imprisonment in an unsanitary and overcrowded prison. The compensation will guarantee the continuance of L’Ouragan, an important source of independent journalism in Burkina Faso.