Protecting freedom of speech in Thailand 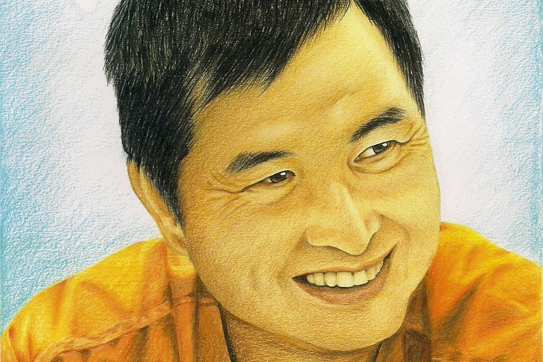 Last year a 62-year old man died in a Thai prison. Ampon Tangnoppakul had been imprisoned simply for sending a text message that was deemed to be insulting to the king. He was charged under the strict lese-majeste laws which make criticising the monarchy a criminal offense. These laws are increasingly being used in tenuous circumstances to clamp down on free speech in Thailand.

Also in prison under the lese-majeste laws is Somyot Preuksakasemsuk, a prominent labour activist and editor of Voice of Taksin (Voice of the Oppressed) magazine. Somyot was arrested in April 2011 for “defaming, insulting and threatening” the king and in January this year was found guilty and sentenced to 10 years in prison. The articles had been written over a year earlier by a contributor to Voice of Taksin. He is appealing against his conviction but in July he was denied bail for the 15th his original conviction.

Writing from prison Somyot has described the frustration of imprisonment: “I have simply been performing my role as a media person expressing my views independently, spreading the truth, and criticizing society and politics, as much as my basic freedom allows. I have used my profession as a journalist independently hoping to help advance our society and promote equality. I perform my role as a medium to help people to express their views that are useful for society.”

MLDI has supported Somyot’s case through the submission of an Amicus Brief Curiae, which is a means by which interested parties can submit their views on a case being heard in a national or international court, without representing either of the parties in the case. We have argued that the appeal court’s decision went against Thailand’s obligations under the International Covenant on Civil and Political Rights. Commenting on MLDI’s support for the case Nani Jansen said; “Under Thai law you have a right to bail right up until the final decision on your case has been made, even if you are appealing a decision. There have been cases of people being charged with violent crimes who have been granted bail so denial of bail for Somyot suggests something more political at play.”

Speaking ahead of the last hearing, Somyot’s wife Sukanya described why international support for her husband’s case was so important: “Here, the media is constantly promoting the monarchy and positioning them as a loyal member of our own families. It is hard for people to understand why being able to criticize the monarchy is an important right. Because of lese-majeste people are scared to show support for Somyot’s case so it is hard for me to get support for my husband’s case domestically. Having the voice of international organisations like MLDI on our side is an important message to the Thai authorities.”