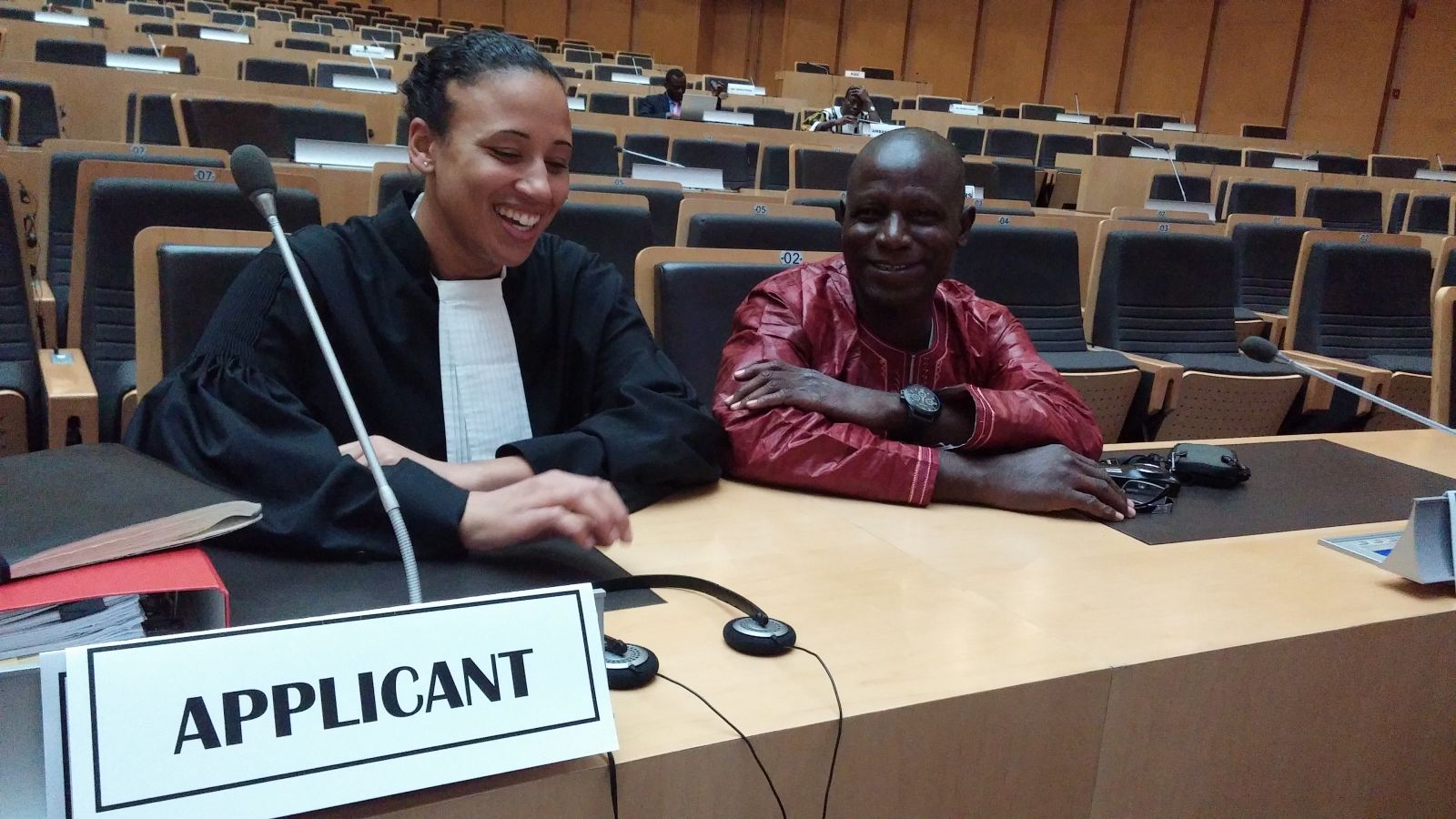 “This decision will have positive implications for all my fellow journalists. It is a victory for the entire profession.”

In December 2014, an MLDI-led team won a landmark victory at the African Court on Human and Peoples’ Rights, paving the way for new outcomes in criminal defamation cases around the world. In Konaté v. Burkina Faso, the Court in Arusha cleared Mr Konaté of charges of defamation, public insult and insulting a magistrate in two articles in which he accused a prosecutor of corruption. The ruling makes clear that prison is never an acceptable sanction for libel and that criminal sanctions should be imposed on journalists only in extreme circumstances.

Mr Konaté was represented by MLDI’s Legal Director Nani Jansen along with John Jones QC and Steven Finizio of WilmerHale, both of whom appeared pro-bono. They argued that the Court should rule not only that Konaté’s rights were violated but, that as a matter of course no journalist should ever be imprisoned for defamation. The Court agreed with their arguments. Burkina Faso must now change its criminal defamation laws and the ruling sets an authoritative precedent for all African countries where imprisonment for libel is still used as a tool to silence members of the press, bloggers, political activists and human rights defenders.

Mr Konaté expressed his delight with the decision. He said that,

“the African Court has recognised the injustice I have suffered. Not only am I happy from a personal point of view, but also because this decision will have positive implications for all my fellow journalists who face great risks, including, as I did, imprisonment, for reporting on issues that matter. This is a victory for the entire profession.”

The judgment was also welcomed by journalists organisations around the world. The President of the International Federation of Journalists, Jim Boumelha said,

“We welcome this magnificent victory for press freedom. The African Court has delivered an extraordinary first ruling on press freedom which will have a knock-on effect on the legislation in all African countries forcing them to change their law on defamation. African governments should now amend their laws, drop pending criminal defamation charges, and free those jailed under such laws.”

The judgment will be used as a stepping stone towards defamation law reform across the continent. MLDI’s Legal Director Nani Jansen explained that “the African Court has aligned itself with consistent case law from the European and Inter-American Court by declaring that criminal defamation can only be resorted to under restricted circumstances. We, our partners and others can now rely on this ruling in other important cases across Africa.” This process of ‘using’ the judgment to achieve libel law reform has already started. MLDI’s partner, the Human Rights Network for Journalists, is relying on it in their challenge at the East African Court of Justice of Uganda’s criminal defamation laws (where MLDI leads a coalition of intervening organisations); Dakar-based human rights lawyer Amadou Kane, the Vice Chair of the African court Coalition, is relying on the judgment in a case in Senegal; and the case has been cited by South African freedom of expression campaigners. Further afield, in India it has been referenced at the Supreme Court in a challenge to the constitutional validity of penal provisions relating to defamation.

The case has brought recognition for MLDI’s legal work as well. In March 2015, MLDI was awarded the inaugural Global Freedom of Expression Prize by New York’s Columbia University, which celebrates judicial decision and legal representation around the world that strengthen freedom of expression, for its work on this case. In their citation Columbia’s judging panel said that MLDI’s work was “of immense quality, well researched, well argued, with a particularly strong commitment and understanding of global jurisprudence and standards, and great influence and impact for freedom of expression in the region.”

This story was published as part of MLDI’s 2015 Annual Review. In the last 12 months we have won landmark judgments and we helped nearly 600 bloggers and journalists defending cases against them. But the tide is against us and more and more journalists and bloggers are imprisoned for doing their job. If you wish to support our work, please donate to our defence fund and help us help them!