Engaging advocates to advance press freedom standards in the Gambia 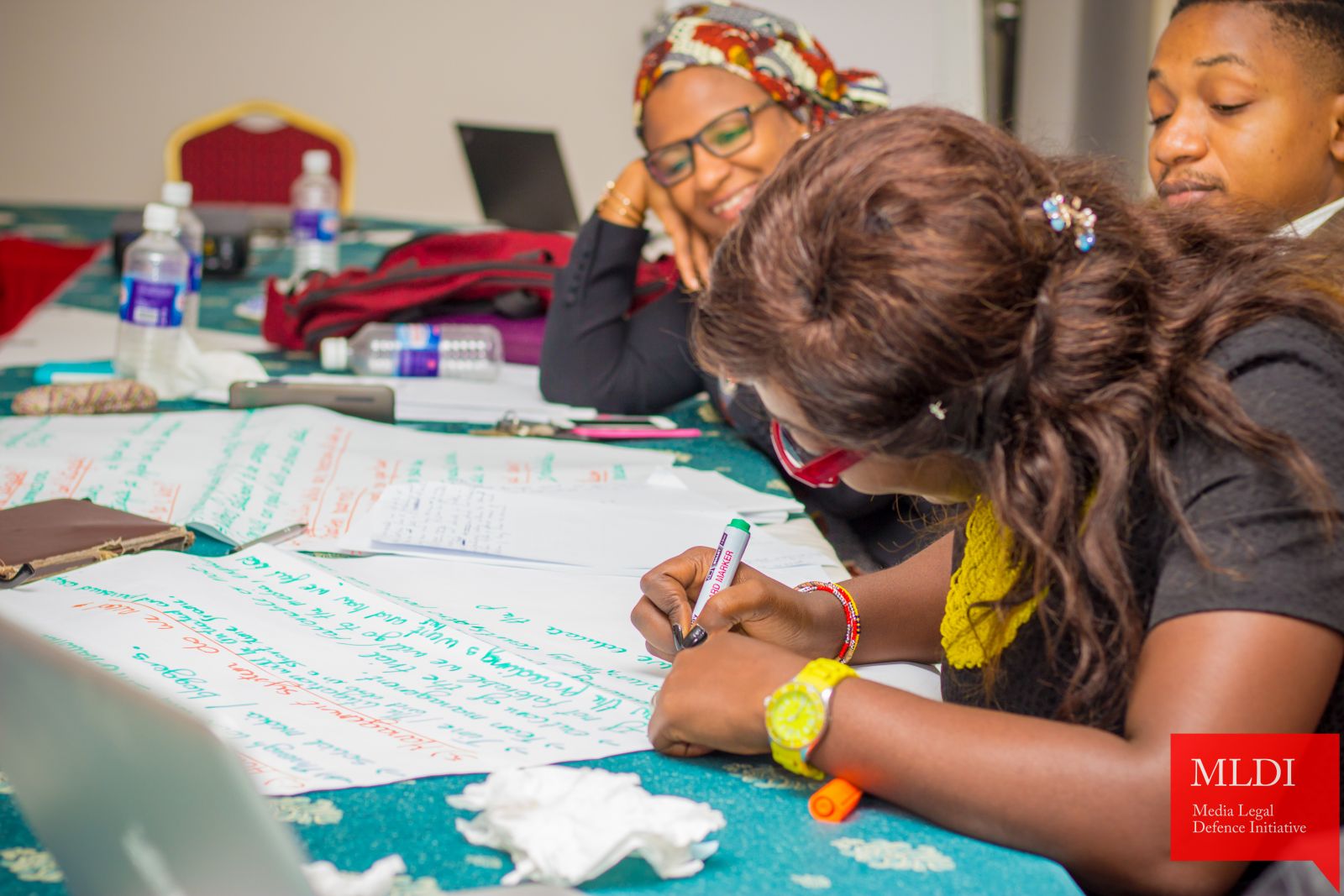 MLDI’s training and capacity building programme aims to train lawyers on international standards on freedom of expression; the legal defence of journalists, bloggers and media outlets; and how to engage with international and regional mechanisms to secure justice. As part of this programme, we carried out a three-day litigation surgery in the Gambia in November 2017. The Surgery was attended by ten legal professionals with an interest in freedom of expression.

Press Freedom in the Gambia

On 22 July 1994, following a military coup, Lieutenant Yahya Jammeh took power in the Gambia. He remained the president of the Gambia for 22 years.  Under Jammeh, space for freedom of expression for the media was crushed. The Gambian state authorities targeted and persecuted journalists, severely weakening the media landscape in the country. Journalists were arrested, detained, deported, beaten, convicted, tortured and subject to enforced disappearance by the Gambian authorities.

In December 2016, Jammeh was defeated in presidential elections by the main opposition candidate, Adama Barrow. Following mediation by neighbouring countries and the threat of armed intervention, Mr Jammeh left office and the country in January 2017 and President Barrow was sworn in on 19 January 2017. The peaceful transfer of power that took place following the election left many people stunned. Political prisoners were released from prison. The new president has promised reform and respect for the rule of law.

MLDI saw this as an opportunity to provide legal professionals in the country the tools to advocate for media freedom and protect the rights of journalists at national or regional courts to ensure Adama’s promises of reform are realised.

Junkung Jobarteh was one of the participants that attended MLDI’s litigation surgery held in the Gambia.

Junkung is the head of the legal department at the Public Utilities Regulatory Authority, which is responsible for legal, licensing and enforcement of the 2009 Information and Communications Act.  He says his work concerning the Gambia’s Information and Communications Act “gave me an understanding of the importance of promoting plurality of the media and the benefits of a free press” and it was his work in this area that motivated him to take part in the litigation surgery.

His work also brought him into contact with the Gambia Press Union (GPU), for which he provided training on the provisions of the Information and Communications Act and how they affect the press. He says the relationship with the GPU and their work together “spurred me on to advocate for the amendment of the draconian provisions to enable a better and free press”.

Junkung found the training extremely useful, and he has had no shortage of opportunities to apply ideas and learning from the surgery to his work. Soon after the training he was nominated to be part of the Media Review Committee, a government proposed initiative being implemented by the GPU to review and reform legislations that are anti-press or restrictive of freedom of expression. He feels he was chosen to be part of the committee due to his work, attendance of the litigation surgery and his newly enhanced knowledge on the freedom of expression and the protection of journalists. “The information and resources from the training will be extremely useful for my work with the committee” he added.

In addition, Junkung has in collaboration with others reviewed a research and policy paper focusing on the need to reform media laws in the country.  Junkung also teaches seminars on Human Rights, including media law, at the Management Development Institute. He has incorporated aspects of the training into his seminars and is sharing the training manual provided by MLDI to students to compliment the resources available to them.

He felt the style of the training was particularly beneficial. The case study and presentation format was interactive and engaging. The group was diverse which made for interesting debates and discussion”.

Junkung stated “The biggest challenges to press freedom in the Gambia are the draconian laws on sedition, false news, among others – our only chance for achieving press freedom is to remove these laws.” Although he is not currently litigating cases, Junkung says “the training provided all of the legal instruments needed for a litigator to challenge laws that restrict freedom of expression. I will have the knowledge and resources needed in order for me to challenge these types of laws if I move into private practice.”

Press Freedom in the Gambia is at a critical juncture following the change in power from Yahya Jammeh to president Adama Barrow. MLDI recently achieved important successes at the ECOWAS Court, challenging the laws used to silence and intimidate journalists in the Gambia. The judgment recognised that the criminal laws on libel, sedition and false news disproportionately interfere with the rights of Gambian journalists and directed that the Gambia “immediately repeal or amend” these laws in line with its obligations under international law.

With legal professionals such as Jukung who are working within the government and advocating for press freedom, alongside trained lawyers from private practises and civil society groups, MLDI hopes to see the changes recommended by the ECOWAS Court implemented.

You can read the full training evaluation report here.