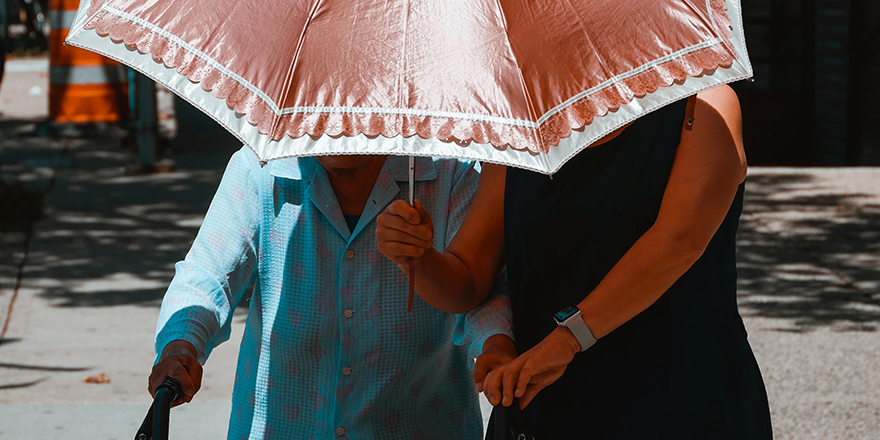 In many respects, Elena Popa is a typical Romanian domestic carer working in Austria. She’s a caregiver of an 87-year-old grandmother, a mother of three, and a former cook. Yet to tens of thousands of domestic carers across Austria and Germany, she is also a symbol of justice: an inspirational community leader and citizen journalist who dares to speak out against the system of rampant abuse and exploitation in their rapidly growing – and under-regulated – industry.

In Austria, there are more than 65,000 people, mostly women and migrants from Romania and Slovakia, working as caregivers. Often providing 24-hour and live-in care, they play a pivotal role in supporting an increasingly ageing population with shifting family structures but remain vulnerable to a range of exploitative practices including poor working conditions, inadequate training and illegal operations.

To tackle these challenges, Popa set up a Facebook group “Beware of dishonest intermediaries” in 2015 to create a platform for workers to share information on unlawful activities and warn one another about organisations and individuals. The group exploded and gained more than 24,000 caregiver members – before Popa was forced to shut it down, that is.

In the past two years, Popa has been subjected to a barrage of civil law suits in Romania by recruitment companies suing her for defamation as a result of posts made in the Facebook group she administered. Those bringing the defamation suits accuse her of facilitating discourse that tarnish their reputation, with some citing several conversations and posts that Popa herself did not post but allowed to remain on the forum.

In 2019, Media Defence filed third party interventions in three domestic cases brought by these recruitment companies against Popa. We provided the domestic courts with an analysis of international legal standards on public interest journalism and intermediary liability on social media platforms. With our help, Popa was successful in defending one of the defamation suits with the Media Defence intervention referenced in the court’s finding.

In a fourth case, Popa was ordered to pay 5,000 Romanian Leu and ordered to stop posting defamatory comments. Media Defence together with Romanian human rights lawyer Constantin Cojocariu filed an application to the European Court of Human Rights in December 2019 challenging that finding. One of the arguments made in that application is that Popa was engaged in public interest journalism and is therefore entitled to heightened protection under Article 10, the right to freedom of expression in the European Convention on Human Rights.

Popa’s case is one among a growing trend not just in Europe but across the world of strategic litigation being used in order to crackdown on journalists, bloggers, academics and activists engaged in public interest journalism – lawsuits that are commonly referred to in the US and elsewhere as ‘SLAPP’ (Strategic Litigation against Public Participation) lawsuits. These lawsuits are designed not only to intimidate and silence individuals conducting investigations and exposing malpractice in sectors like domestic care, but to impose a chilling effect on freedom of expression and advocacy rights that constrain civil society.

To lawyers at Media Defence, the case is pivotal because it likely to have a significant impact on both the function and safety of citizen journalists – as well as the audiences that rely on the information and forums they provide. This is particularly true in countries where press freedom may be restricted and the internet plays an important role in communicating, receiving and disseminating information of public interest. For vulnerable populations such as domestic caregivers, the internet and social media platforms often serve as the primary and principle means for them to exercise their right to freedom of expression.
This article is an excerpt from our upcoming 2019 Annual Report.