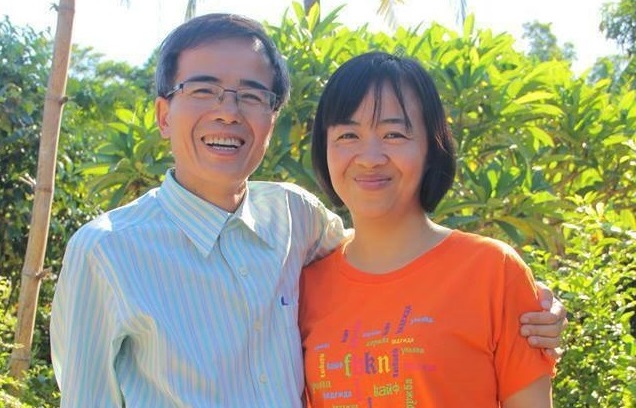 Blogger and human rights lawyer Le Quoc Quan was released on Saturday after serving a 30-month sentence in a Vietnamese prison after having been convicted on fabricated charges of tax evasion.

Mr Quan was prosecuted as a result of his blogging on human rights violations perpetrated by the Vietnamese government. As part of a political crackdown on bloggers and pro-democracy activists, he was disbarred from practicing law, arrested and detained arbitrarily, and was the victim of an attack by unknown assailant that was never investigated by the police.

Though Mr Quan served his full sentence, his release at the end of 30 months was never assured. Nguyen Van Hai, who is also known by his pen name Dieu Cay, was detained pending further investigation on the day of his scheduled release after having served a 30-month prison sentence for alleged tax evasion as well. He was then imprisoned for an additional four years before being released into exile.

While imprisoned, Mr Quan was at first held incommunicado, and later denied access to legal counsel, access to legal and religious books, and access to a priest for spiritual counselling. He engaged in four hunger strikes to protest his treatment.

In response, the Working Group found in 2013 that Mr Quan’s detention was rendered arbitrary as a result of various serious violations of his fair trial rights. It called for his immediate release or for the charges against him to be determined by an independent and impartial tribunal, and recommended that Viet Nam compensate Mr Quan for his detention.  The Working Group also determined that Mr Quan may have been targeted as a result of his work as an activist and his blogging, and that his detention may have violated his right to freedom of expression.

The government of Viet Nam took no action on the Working Group’s recommendations. Consequently, MLDI filed a second petition with the Working Group, urging further action. MLDI also petitioned UNESCO to intervene in Mr Quan’s case; both requests were still under review at the time of Mr Quan’s release.

MLDI’s Legal Director Nani Jansen welcomed the news: “Mr Quan’s imprisonment illustrates Viet Nam’s harsh restrictions on dissent. We are very glad that Mr Quan has been released, and call on the government of Viet Nam to respect the right to freedom of expression and the fair trial rights of all citizens.”

In an interview conducted after his release, Mr Quan said that he is committed to continuing his work on human rights issues.