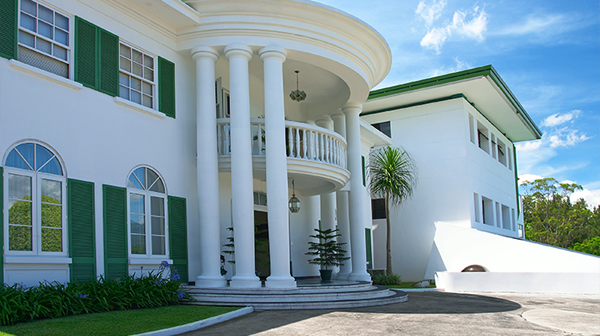 In February 2022, we intervened in the case of Moya Chacón vs. Costa Rica. FLIP, El Veinte and Media Defence submitted a joint amicus brief to the Inter-American Court of Human Rights (the Court). The Court will assess whether a civil penalty against two journalists violated their freedom of expression.

Ronald Moya Chacón and Freddy Parrales Chaves, working for La Nación, wrote an article about alleged wrongdoing during border checks. Sources had informed Parrales Chaves that several police officers were under investigation in connection with liquor imports from Panama. One of these sources was the then-Minister of Security, who, when contacted, had confirmed the facts.

Following the article’s publication, one of the named police officers filed a criminal complaint against the two journalists for defamation. He maintained that there was no open investigation against him for “illegal liquor trafficking”, as reported. Instead, the investigation related to “a vehicle and a person that should have been sent to customs and immigration and apparently an improper payment [that] was made and received.” Despite a Trial Court ruling that no crime had been committed, the journalists were still held civilly liable for pecuniary damages. They faced a fine of five million Colones (circa £6,000) for the harm allegedly caused to the police officer’s reputation.

Moya Chacón and Parrales Chaves contested these sanctions. Although the information published was partially inaccurate, they had acted in good faith. Moreover, the information had come from an official source, namely the Public Security Minister. The journalists brought their case before the Inter-American Commission of Human Rights (the IACHR) in 2008, which referred the case to the Court in August 2020.

The Court will rule on the responsibilities of the journalists when making mistakes in good faith, based on a trusted source. In its application to the Court, the IACHR requested the annulling of the civil sanction imposed on the journalists as well as an order for Costa Rica to adapt its legislation on subsequent liabilities in disputes concerning public interest publications. The standard of proof applied should evaluate the intention, harm, or manifest negligence of the publisher, as well as the principles of proportionality and necessity.

FLIP, El Veinte and Media Defence highlighted the impact of civil proceedings and sanctions on freedom of expression. Firstly, the threat of lawsuits, and their potential outcomes, creates a chilling effect. This is especially true for those reporting on matters that are unflattering to public figures. Secondly, public interest reporting, and the role the press plays in disseminating it, receives heightened protection. This means that the standard of proof in these instances needs to comply with the proportionality principle under the Inter-American System of Human Rights.

The intervening organisations expect the Court to reaffirm that responsibilities should not be applied to mistakes made in good faith. Instead, courts should only apply them in cases where there is evidence of wilful intent or actual malice before publication.

In September 2022, the Inter-American Court of Human Rights notified the judgment in this case. The Court annulled the civil sanction that ordered the defendants to pay damages, finding it neither necessary nor proportional. Furthermore, its judgment in the case represents a positive step towards stronger protections for freedom of the press.

Firstly, the Court warned that “it is necessary to allow journalists ‘room for error’. Without that margin of error there can be no independent journalism nor the possibility, therefore, of the necessary democratic scrutiny that stems from it.” The Court also considered that no one may be subject to ulterior liability for sharing information related to matters of public interest when it is based on publicly available, or official, sources.

The judgment reiterates that journalists cannot be required to reach out to certain sources over others, particularly official ones. This would mean “an excessively rigorous control mechanism over journalistic methods and could produce an inhibitory effect on the work of the press.” The judgment also recognises that the civil sanction imposed on Moya and Parrales had a chilling effect on the journalists, and that it caused a form of self-censorship. Finally, the Court highlighted the psychological, emotional, economic and professional impact that judicial harassment has on journalists.

The IA Court hearing can be watched here.