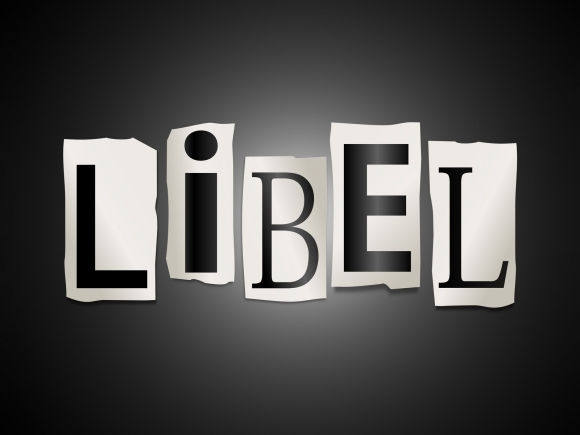 Criminal libel laws date back to the middle ages but are in current use around the world. In many countries, journalists still face prison for doing no more than criticising someone in power 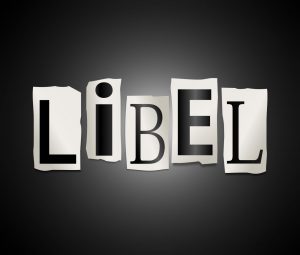 CEO Peter Noorlander discusses criminal libel laws and the impact their use is having on human rights around the world.

Can you explain what criminal libel is?

Criminal libel laws are laws that make it a criminal offence to say something that undermines somebody else’s reputation. There is an acceptance that libel laws are needed because if you had a situation where you could write or say anything about anyone without having any proof of whether it is true or not, that would be a step too far. Even in countries where free speech is embraced there are libel laws.

However, these are usually civil laws, which mean that if you believe a journalist has said something that is not true and it has undermined your reputation you go to a lawyer and take out a law suit against them and it is settled in a civil court case.

What is the difference between civil and criminal libel laws?

How widespread are criminal libel laws?

About 95% of the countries in the world have criminal libel laws but in a democratic country police are not going to prosecute for trivial things and there are constitutional guarantees against abuse of the freedoms of speech and expression. Sadly, in many countries that are recently transformed to democracy there is still a residual intolerance towards criticism of those in power and it is here that criminal libel laws are often abused. International human rights courts and the United Nations are recommending countries get rid of these laws but at the country level they are just too convenient.

If you look at the number of journalists around the world who are in prison, the top two reasons are the assertion they have undermined national security through what they have written and criminal libel because they have written something critical of someone in power. The reason so many journalists are in prison on criminal libel charges is because it’s really easy for the police to take a case for libel and really hard for a journalist to defend themselves against the charge. All the police need to do is say ‘you published this, it’s untrue and you can’t prove that it’s true’. With a story about something like corruption a journalist will rarely have 100% proof. They will have a good indication because that’s why they wrote the story in the first place, but they won’t necessarily have proof that would lead to a conviction for corruption.

How many of MLDI’s cases are focused on criminal libel?

At MLDI we have numerous cases concerned with the abuse of criminal libel laws and different countries are progressing at different rates. In Africa, we got a judgment in a case we took to the African Court on Human and Peoples’ Rights holding that no journalist should ever go to prison for defamation. That was a huge step forwards.  We’ve also had advances in Asia. In the Philippines, where a radio journalist was sentenced to a year in prison for insulting an MP, we worked with the Center for International Law and they have received a ruling from the UN saying that Philippines criminal libel laws are unconstitutional. As a result they have appealed to the Supreme Court with a view to revising these tough laws.

Are there any examples of where things are improving?

The African Court on Human and Peoples’ Rights judgment we obtained in December 2014 marked a huge step forwards. This held that no journalist should go to prison in a defamation case, and generally held that no journalist should be imprisoned in relation to their work other than in cases of serious incitement – hate speech. We are now encouraging others to build on this judgment and move the state of the law forwards – by rolling back criminal libel laws. Our partners in Uganda have appealed to the East African Court of Justice for a ruling on the compatibility of criminal libel with democracy and the rule of law; and lawyers in other countries have brought constitutional appeals and argued for the release of journalists based on the judgment. Even in India, the African Court judgment has been used in an ongoing challenge to India’s criminal defamation laws. This sort of progress is important because as long as criminal libel laws are abused journalists will self-censor, important stories will go untold and the democratic structure of civil society will be undermined. That is why MLDI will almost always support cases involving the abuse of criminal libel laws, however insignificant they may appear – from a strategic point of view, they need to be fought.

In 2014-15 we have won landmark judgments and we helped nearly 600 bloggers and journalists defend cases against them. The demand for our work is high and more and more journalists and bloggers turn to us for help. Please donate to our defence fund and help us help them!