Burundi Journalists’ Union v Attorney-General of Burundi: a positive judgment in the midst of a crisis 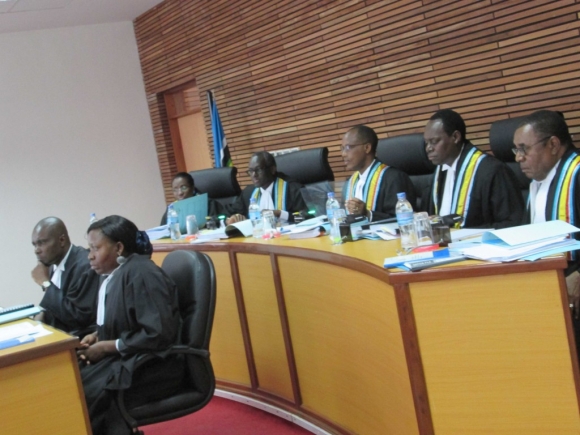 On 15 May 2015, the East African Court of Justice (the “EACJ”) delivered its judgment in Burundi Journalists Union v. The Attorney General of the Republic of Burundi, in which it considered Law No.1/11 (the “Press Law”) regulating the press, film and broadcasting sectors in Burundi.

Even though the EACJ does not have explicit human rights jurisdiction, on a number of occasions it has considered cases that involve human rights issues (see Katabazi v. Secretary General of the East African Community). In this case, the EACJ held that a number of the Press Law’s provisions were in violation of the Treaty for the Establishment of the East African Community (the “Treaty”) as they violated the right to a free press. In doing so, the EACJ clarified that it has jurisdiction to consider cases where there has been a violation of the right to freedom of expression.

When the Press Law was passed in 2013, Reporters Without Borders described the occasion as a “black day for freedom of information in Burundi”. The Press Law was also criticised by Amnesty International, the Committee to Protect Journalists, and UN Secretary-General Ban Ki-moon. Of particular concern was the potential for the Press Law to be used as a method of curtailing critical speech in the lead up to Burundi’s 2015 election, in which President Nkurunziza has now sought to run for a third term in office. Over the past year, Burundi’s independent media have been under sustained attack. The Burundian Press Observatory has reported that journalists were being subjected to arrest and death threats, and a number have fled the country. Furthermore, during the recent failed coup d’etat, Burundi’s most popular radio station – Radio Publique Africaine – was burnt down.

This judgment is a positive decision in the midst of a crisis in Burundi. Despite the recent unrest and controversy in the country, however, the State has already taken some action to reform the Press Law with amendments being tabled before the Senate. It is hoped that this judgment will persuade Burundi’s Senate to pass further amendments that are in line with international standards on freedom of expression.

The case was brought before the EACJ on behalf of the Burundi Journalists Union (the “applicant”), who sought to challenge a number of the Press Law’s provisions.  While the EACJ lacks explicit human rights jurisdiction, it can assess whether Partner States have met their obligations under the Treaty. Articles 6(d) and 7(2) of the Treaty state that Partner States must abide by the principles of good governance; which includes the principles of accountability, transparency, democracy, social justice, the rule of law, and the promotion and protection of human and peoples’ rights.

In this case, a substantive issue that was to be addressed was whether freedom of the press and freedom of expression fell within the principles recognised by Articles 6(d) and 7(2). The EACJ noted that “democracy must of necessity include adherence to press freedom”, [82] and a “free press goes hand in hand with the principles of accountability and transparency”. [83] As a result, the obligation to abide by the right to freedom of expression fell within the justiciable principles under the Articles 6(d) and 7(2).

In determining whether a national law meets the obligations under the Treaty; the test of reasonability, rationality and proportionality is to be applied. [85] This test is made up of three cumulative components. Firstly, the EACJ is to consider whether the limitation placed on the right is prescribed by law (i.e. be part of a statute, and be clear and precise). Secondly, the objective of the law must be pressing and substantial; in other words it must be important to society. Thirdly, the limitations must be a proportionate way of achieving their objective. That is to say, the limitation must be “rationally connected to the objective sought to be achieved”, it must not be “arbitrary, unfair or based on irrational considerations”, and it must limit the right to freedom of expression as little as possible.

The EACJ could not find any aspect of the accreditation scheme under the Press Law to be undemocratic or in violation of the right to freedom of the press. This accreditation scheme required that a journalist hold a “press card” before they could practice their profession. A “press card” entitled the holder to access certain places; such as court rooms, areas reserved for journalists, and official or public events. It was within the discretion of the National Communications Council to refuse or withdraw accreditation from journalists who “abuse[d] the facilities granted to them” (Article 9). The EACJ could not find this scheme to be a violation of freedom of the press as such a limitation was reasonable and justifiable, as the National Communications Council could only act in the event of abuse by a journalist. [92]

The EACJ took issue with a number of provisions of the Press Law that unduly denied citizens of their right to information; most notably information that could inform their choices in matters of governance. [95] These provisions prohibited the dissemination of ‘information on the stability of the currency’; ‘offensive articles or reports regarding public or private persons’; ‘information that may harm the credit of the State and national economy, diplomacy, scientific research’; and ‘reports of Commissions of Inquiry by the State’ (Article 19). The EACJ concluded that “a government should not determine what ideas or information should be in the market place” of ideas in regard to these issues. [98]

On the other hand, the EACJ found a number of other content restrictions justifiable; for example restrictions for the purpose of protecting minors and to prevent the identification of rape victims. It also noted that the requirement that journalists report “balanced information the sources of which have been rigorously checked” could also not be faulted as this is a requirement “of any professional including a journalist”. [94] Other content restrictions were held not to be “unduly restrictive” in light of “the circumstances and history of the State of Burundi”. [100]

Right of Reply and Correction

The EACJ could not find fault with Burundi’s regime on the right of reply and correction (Articles 48 – 55). In fact, the EACJ reasoned strongly in favour of such a regime. The EACJ held that “in the market place of ideas, if a person is prejudiced in any way by a publication, there is good reason to entitle that person to a reply, correction and if need be, a redress.” [104] The EACJ even went so far as to say that the right of reply is a “maxim of democracy”. [105]

Another provision obligated journalists to reveal their sources in situations where the information related to “State security, public order, defence secrets, and the moral and physical integrity of one or more persons” (Article 20). This was found to be in violation of the Treaty. The EACJ followed the reasoning of the European Court of Human Rights (Goodwin v. UK), recognising protection of sources as one of the basic conditions of press freedom. The EACJ noted that there are other less restrictive ways of dealing with the circumstances listed under Article 20, for example by enacting specific laws on state secrets or privacy laws. [109-110]

On 7 January 2014, a number of the Press Law’s provisions relating to the procedure by which fines were to be imposed were found to be unconstitutional, and the relevant provisions were struck out by the Constitutional Court of Burundi. Therefore, only a few aspects of these provisions remained to be considered by the EACJ. The EACJ agreed with the principle that an offence must attract a penalty comparable to its gravity. However, in this case, the EACJ was unable to find a violation as it could not determine whether BIF 2,000,000 (approx. $1,280) was disproportionate in the context of Burundi Criminal Law [115-116].

The judgment of the EACJ offers strong protection for independent media in East African states. The EACJ has clearly and unequivocally recognised the importance of a free and unhindered press in any democracy, not least a relatively new democracy such as Burundi. In its judgment, the EACJ was particularly critical of governments trying to control what information can or cannot be published in the media. Moreover, the judgment explicitly recognised the vital importance of safeguarding journalistic sources in East African states, and follows the approach adopted by the European Court of Human Rights in this regard. Despite the fact that the financial penalties under the Press Law were not deemed to be disproportionate, the EACJ still endorsed the principle that penalties should be in proportion to the gravity of any given offence.

There are elements of the judgment that are slightly lacking, for example the right to correction was deemed justifiable by the EACJ with little reasoning given as to why. The right to correction is only available to public officials; thus giving them stronger protection against what they deem to be inaccuracies in the media compared to ordinary individuals. The EACJ also failed to go into detail as to how the remaining content restrictions met the test of “reasonability, rationality and proportionality”, the test that is to be applied when considering restrictions on freedom of expression. The EACJ also found it difficult to assess the Press Law in abstracto, and thus could not foresee how aspects of the law, such as the accreditation scheme, could be liable to arbitrary abuse in the absence of specific examples.

Nonetheless, the judgment is strong precedent for future cases as it removes any doubts over whether the EACJ can consider freedom of expression cases despite its lack of explicit human rights jurisdiction. This makes the EACJ a viable forum before which to test the laws of East African states relevant to the media. In fact, the NGO Human Rights Network for Journalists in Uganda has already filed a Reference to the EACJ challenging the law on criminal defamation in Uganda. The judgment in this case is expected to be delivered some time in 2016.

by Jonathan McCully, MLDI Case and Project Support Officer. This post first appeared on the Inforrm blog and is reproduced with permission and kind thanks.