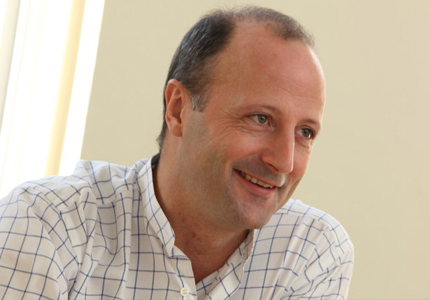 “It was pitiful to see the state of the defendants. They were in prison smocks, handcuffed with their heads shaved.  It was a terrible way to treat any criminal accused, never mind journalists whose only wrong was to have expressed their opinions.”

Why do you get involved in pro bono work?

It is a tradition amongst barristers and lawyers to do so, particularly in the US, where I am admitted to practice. I subscribe very much to the creed, if you like, that  lawyers should devote a considerable amount of their time to pro bono work. On a personal note, I’m influenced by my Mother’s family who are Quakers, going back several generations. Quakers have a strong tradition of public works, putting something back into the community. Pro bono work is important because there’s a huge disenfranchised population around the world comprising the poor, dispossessed and unrepresented. Lawyers should be prepared to represent them for free, otherwise their voices will not be heard.

Can pro bono lawyers play a key role in defence of press freedom?

The role of the pro bono lawyer is particularly important in countries where journalists are jailed for expressing their views. They can make a big contribution by supporting local lawyers representing journalists in press freedom cases. Through no fault of their own, local lawyers often don’t have the resources to take on difficult cases. By working with international colleagues, they are able to draw on appreciable knowledge and expertise.

What attracts you to working with MLDI?

I think if MLDI didn’t already exist, you would have to invent it. There are so many journalists in trouble, and freedom of expression cases to be fought. From the work I’ve done with MLDI, I can see that the contribution it makes is pretty essential. I think the model they’ve developed of getting local lawyers to work with pro bono colleagues is very effective, particularly on high level – or strategic litigation – cases which have potentially huge impact. This involves taking cases to higher courts and getting laws struck down or interpreted in a way that is favourable to journalists. It’s important to not only overturn convictions, but to get bad laws changed otherwise courts just continue to apply them, time and again, with the resulting injustice.

How did you become interested in the Rwandan case?

In Rwanda you have a country emerging from an appalling genocide and there are very understandable reasons why the government has to control hate speech and incitement to violence, but it’s arguably gone too far, so journalists who are expressing an opinion are found guilty of genocide denial or threatening national security or defaming the president. When I saw the long sentences and how unfair it was, it got my hackles up. I was up for a legal fight. As a result of our appeal, Saidati was released this year after serving three years and Agnes has not got much longer to serve.  We are also challenging the laws that led to their convictions at the African Commission on Human and People’s Rights, arguing they are incompatible with freedom of expression

What was your appeal strategy?

Although our written submissions were about the importance of freedom of speech, and we cited lots of cases from other African countries, our arguments were focused on the merits of the case – about the burden of proof and the actual content of the articles the journalists wrote. We said that the original trial had got it wrong.  It had ruled that the defendants had not proved the truth of what they had written, but we argued that it put too high a burden on the defendants to prove that their claims were true.

Describe your experience of the case?

It was a great experience because Nani and I argued the issues in court; saw how Rwandan justice works and how judges interact with counsel. But it was pitiful to see the state of the defendants. They were in prison smocks, handcuffed with their heads shaved.  It was a terrible way to treat any criminal accused, never mind journalists whose only wrong was to have expressed their opinions. So on a human level, it was very rewarding to be involved and to get a good result.