MLDI supports the work of 11 partners around the world, helping them to fight 228 cases last year alone. 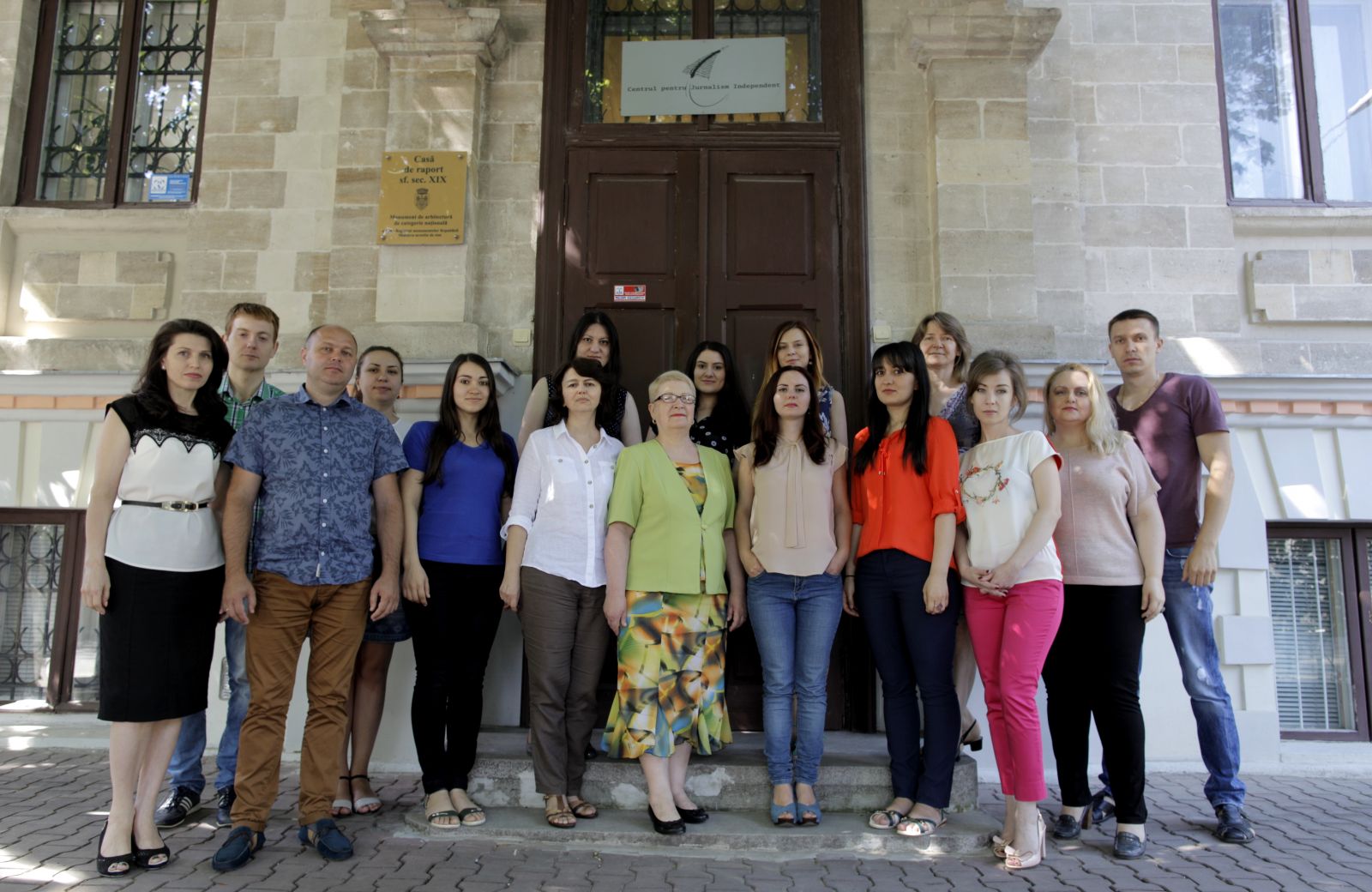 MLDI supports the work of 11 partners around the world, helping them to fight 228 cases last year alone. Since 2010, MLDI has funded the Republic of Moldova’s Independent Journalism Center (IJC), which provides free legal advice to media outlets and journalists, and legal representation to around 10 media clients each year.

Moldova’s 4 million citizens get the news from a wide range of sources, with over 60 television channels, over 50 radio stations, some 400 print publications and numerous online media operating in the country. But the media environment is classified as only partly free by Freedom House, and this year the east European nation dropped from 56th place in 2014 to 76th place in the World Press Freedom Index.

Ownership is a particular problem, according to Tatiana Puiu, an attorney at IJC, which also campaigns to reform media legislation and provides professional journalism training. Indeed, of the five national TV channels — the major source of information — four are in the hands of one businessman, who also owns three radio stations. And though the constitution and several laws protect freedom of expression and of the press, this is often ignored in practice; IJC has represented several clients accused of defamation in the past year. Self-censorship is common, and some media act as mouthpieces for political parties.

A law on Access to Information of Public interest was adopted in 2000, but no state body is authorised to enforce it. As a result, Freedom House reports, officials consistently obstruct requests with refusals, delays, or incomplete answers; access to public meetings of official bodies is difficult; and some public interest data is only available for a fee. Such costs quickly become prohibitive for investigations involving multiple sources.

While there have been several cases of civil society organisations battling for access to information — for example, the non-profit association Piligrim Demo, whose request reached the appeals court in 2015 — most media outlets simply don’t start these battles.

So when Oleg Brega, a well-known human rights activist and founder of the video blogging website Curaj TV, got into trouble for seeking information from the authorities, IJC was keen to assist him.

Brega had suspected that former Member of Parliament Gheorghe Straisteanu had been unfairly allocated a public space for a restaurant he owned in Buiucani District. To investigate, Brega recorded an interview with Straisteanu on the site in early 2015, publishing his videos on his highly popular website Curaj TV. Straisteanu sued him, claiming Brega had no right to be there, and demanded damages of 6500 lei — equivalent to about two months’ salary of a public servant.

Brega, thanks to advice and legal representation from IJC, won his case at the district court; Straisteanu’s complaint was found to be ill-founded. The plaintiff appealed, but Chisinau Court of Appeal maintained the decision, also ruling in favour of Brega.

“This has set a precedent in favour of independent media”, says Puiu, explaining that the decisions have upheld the right to obtain information in public spaces — a guarantee that is significant given the many disagreements caused by authorities blocking access to civil society and media. Orhei City Council, for example, has several times denied journalists the right to attend public meetings or to enter the City Hall.

The case also sets a precedent on the right to highlight the misconduct of authorities without being sanctioned — at least for now: Straisteanu may still appeal the decision before Moldova’s Supreme Court. “Logically they should dismiss his appeal, but in Moldova you cannot be sure”, says Puiu, who will continue to work on Brega’s case as needed.

Beyond this individual case, IJC wants above all to see Moldova’s legal framework further improved and existing laws correctly implemented. Last year, the NGO drafted amendments to the access to information law, which would give additional guarantees to journalists, clearly define limitations to access, and increase sanctions against officials for delaying or failing to provide requested information. The draft has been registered in the parliament, but it is unclear if and when it will be adopted.

In November, the United Nations office of the High Commissioner for Human Rights (OHCHR) will assess Moldova’s progress in a universal periodic review that examines the country’s efforts to respond to over 100 recommendations made in 2011. Aside from some progress — including new fines for intimidation or obstruction of a journalist’s work, and more transparency on media ownership — Moldova’s work to improve media freedom and independence is still far from complete. The role of organisations like IJC remains as crucial as ever.